What Is a Blockchain Protocol in Crypto? Everything To Know

Cryptocurrency has taken over the world and is now taken for granted, just like most modern currency often is.

However, modern currencies issued by major powers, namely federal governments, are a rather complex mechanism facilitated and made available in the market by a series of factors.

These happen through those members of society who make transactions possible, whether banks or credit card companies.

What Is a Blockchain?

First of all, we must understand that cryptocurrency is a virtual currency built on what is called the “blockchain.” What makes cryptocurrency what it is is the existence of the blockchain network underneath it.

So, what is this “blockchain?”

A blockchain is a decentralized and distributed ledger system that allows for all financial data regarding that particular blockchain system. That is, a blockchain platform is a record of all transactions that occur using that specific cryptocurrency.

There are many different types of these blockchain networks. Still, they are all similar in that they store information about the transactions across many computers so that no single set of servers owned by some corporation or government can take control of or hold those ledgers.

These transactions are stored as cryptographic snippets of data that must be stored and verified by computers worldwide. These transactions, held in the form of a hash, are the “blocks” that make up the individual parts of the whole which is the chain. This is where we get out the idea of the “blockchain.”

Blockchain solutions are guaranteed by proof-of-stake and proof-of-work validation, ensuring more security for blockchain projects (including digital assets like NFTs)

Because these transactions are recorded and stored on different computers, enough computers must process the data that passes through the blockchain network.

A set of computers must verify each transaction that goes through the network. We commonly call the process of proving each of these transactions by the computations calculated “mining.”

Those who help the blockchain networks function properly via mining are rewarded with a certain number of crypto coins upon the successful completion of each transaction computation.

What Is a Blockchain Protocol?

Now, each of these blockchains, whether the systems in play behind Bitcoin, Litecoin, or Ethereum, has its own “blockchain protocols.”

Blockchain protocols are a set of rules that govern how that particular coin will function within its respective networks.

As discussed above, all private and public blockchain networks are composed of a chain of “blocks” containing the hashed information of the transactions that occur on the network.

A protocol regulates the movement of these transactions and the verification of the transactions. This function is fundamental to affirming the ownership of the crypto from one user to another.

A Basic Working of Blockchain Protocol

A straightforward illustration of blockchain protocol may be helpful.

First, a transaction is requested. That is, there is a movement of crypto from one user of crypto, or one wallet, to another.

Then, a block, as discussed above, is created to reify that transaction and make it a part of the block. This block is subsequently sent to every node, or miner, on the network to help verify that node.

At this point, the miners’ job is to calculate the correct hash to see how the proposed block fits into the blockchain. The block must be validated to be added to the blockchain as an official transaction.

Next, once the block is validated, the miner is rewarded. This new coin is noted in the blockchain network, and the calculated block is also added to the blockchain.

This data is transmitted to all the nodes, the miners, on the network, and finally, the transaction is complete.

As one may imagine, because what is being dealt with is essentially financial concerns, certain principles are maintained in these blockchain protocols.

Because blockchains are built with proper functionality in mind, the system’s design is somewhat conscious of the features the currency must maintain.

First of all, security is of the utmost concern. If cryptocurrency is to be used, well, as a currency, it is without a doubt that there is security in transferring the currency from one user to another. It cannot be the case that the currency’s movement results in the loss of the coin to a third-party user.

Because all of this ledger data is public in a cryptocurrency network, the ledger data must be incorruptible and transmitted to all currency users equally to maintain the integrity of the network.

Furthermore, false transactions that never occurred cannot be transmitted to the network users. Once again, this is where the ingenuity of the blockchain protocol shines. Because crypto is built on cryptography, as the name suggests, it is basically impossible to falsify a transaction without altering the record of all transactions that occurred prior to that most novel transaction.

The design of the blockchain system is such that the cryptographic hashing algorithm necessarily calculates the hash with the sum of the whole calculation before it is in mind. Without altering the prior hashes, there is no way one could falsify the contents of the newest hash.

In the traditional banking system, the transaction data is communicated in a connection between the user and the banking institution. The blockchain transmits transaction data to all network computers or participating mining systems.

Unless someone could intercept and falsify all of the outgoing transaction data, the overwriting of actual transactions with false ones is a complicated matter in the first place.

Another factor in blockchain protocol is that cryptocurrency remains a decentralized currency. There is no one centralized power that may be able to control and manipulate the currency according to their liking.

Unlike the US dollar, which is controlled by the Federal Reserve and passes through many banks before making its way to the market, blockchain protocol ensures that crypto is controlled only by those making the transactions. There is no ultimate power that verifies currency movement. Instead, all transactions become public data while maintaining individual privacy.

There is a two-fold consistency that is necessary for blockchains.

There will be significant economic trouble if there is a discrepancy in the ledger between two users!

Secondly, there must be consistency over time that the blockchain protocol must guarantee.

That is, the protocol must guarantee that the applied cryptographic hashing will be consistent over each successive transaction in the chain such that the wrong hash is not calculated, resulting in an incorrect blockchain in the future.

Finally, there must be an ability to expand the blockchain network continually. Or better put. The blockchain protocol must be able to take on as many transactions and nodes or users as the network requires. This means that the protocol cannot be bottlenecked in any of the operational processes by some numerical limitations.

Instead, the blockchain protocol must be able to take on new users with ease and recent transactions with speed and efficiency.

What Are Some Types of Blockchain Protocols?

Another type of blockchain protocol is that which governs smart contracts. An excellent example of this is the Ethereum blockchain. Smart contracts are, as the name suggests, contracts that execute based on the conditions previously supplied.

Stipulations for the contract are agreed upon by the parties involved and distributed onto the blockchain such that there is a transparent and trustworthy contract programmatically enforced by the blockchain.

Since smart contracts allow for programmatically determining the results of each of the contracts, many options are opened up to the users of such a network.

Everything from games and artworks to professional contracts and crypto has been written on these smart contracts, especially Ethereum.

Some prominent examples of blockchain protocols include:

Furthermore, for the user, particularly the investor, these details may help inform you on what kinds of opportunities are available on which of the blockchains in question.

Are you looking to learn more about cryptocurrency and how it works? Head to our blog or check out our other community resources.

American Crypto Academy is run by a team of experts, and we’re dedicated to making cryptocurrency and the blockchain easy, with educational resources and professional programs taught by carefully chosen industry professionals.

Check out the rest of our site to learn more.

Blockchain Facts: What Is It, How It Works, and How It Can Be Used | Investopedia

What is Blockchain Technology? | IBM

What is mining? | Coinbase

Blockchain Protocols and Their Working | GeeksforGeeks

What is a crypto wallet? | Coinbase

Explained: What Is Hashing in Blockchain? | Bybit Learn

What are smart contracts on blockchain? | IBM 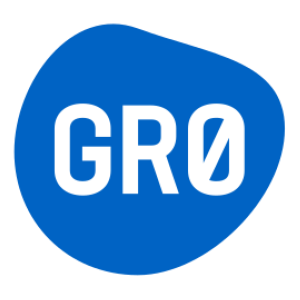 “Green” Bitcoins and How Crypto Can Support Environmental Sustainability

What Does Bullish Mean in Crypto?

How To Calculate Your Crypto Profits

What Is a Blockchain Protocol in Crypto? Everything To Know